From the strange and weird category, I found this article.  It is not by ChobeSafari team, but rather is an article from the US newspaper “USA Today”.  They retail all copyright, but we are passing this along because of the topic:

By Dan Vergano from USA Today

Worried your mate might be headed for greener pastures? A biology study suggests you could cry “wolf”, or rather “lion”, to keep them home on the range, at least as long as you are an antelope. 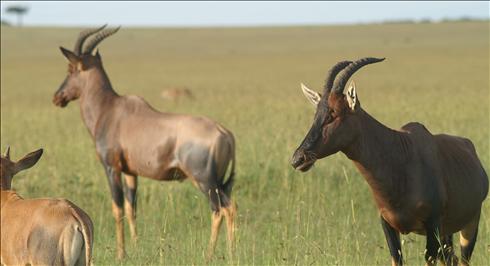 A study in the forthcoming July edition of The American Naturalist journal by Jakob Bro-Jørgensen of the United Kingdom’s Liverpool University and Wiline Pangle of Michigan State University, finds false lion warnings are used to deter straying mates among topi antelope in Kenya’s Masai Mara National Reserve. The study calls this a first documented case of such sexual deception by false alarms.

“Here, we report that false alarm snorts are used by male topi antelopes (Damaliscus lunatus) to tactically deceive receptive females who intend to leave a male’s territory into believing that they are headed toward a predator,” says the study. “Consequentially, the departure of the female is delayed, providing the male with additional mating opportunities.”

In the study, the researchers report that when ovulating female antelopes appear ready to leave, male antelopes make alarm cries identical to ones they make when lions are near. The males look in the direction the females appear headed as they make the cries, triggering them to falter and step back. The biologists watched 73 female antelope for 274 hours of observations from 2005 to 2009. 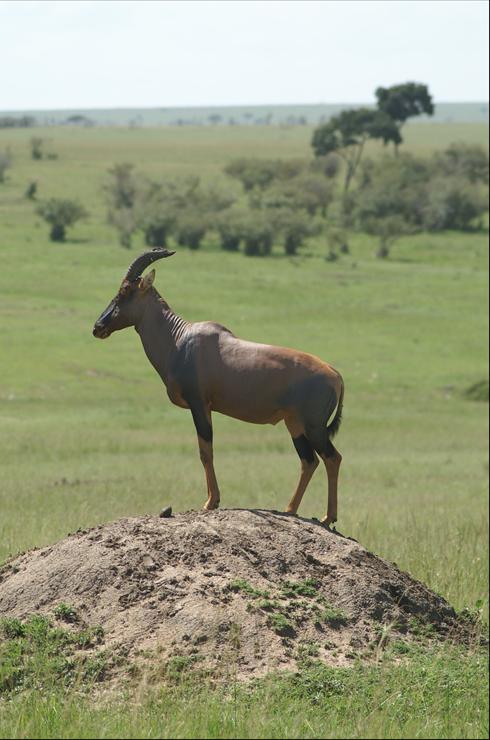 “It’s like the folk tale, only the male topi cries ‘Lion!’ rather than ‘Wolf!'”, says Dr. Bro-Jørgensen, in a statement on the study. “In fact, males quite frequently pull the trick on females in heat and one may ask why females keep responding to alarms at all. The answer seems to be that females are better off erring on the side of caution, because failing to react to a true alarm could easily mean death in a place like the Masai Mara where it’s literally crawling with large predators.”

Acoustic analysis and playback of the calls showed no difference between the false alarms and real “lion” snort warnings. Although people indulge in all sorts of deceptions in their mating behavior, the researchers expressed some surprise to see animals indulge in the same sort of sneakiness.

“Although firm statements about intentions behind behaviors are notoriously difficult to make, our study does identify a parallel between animals and humans in their capability of using false signaling to deceive mates, a finding that hints that their communication may be less fundamentally different than widely assumed,” concludes the study.